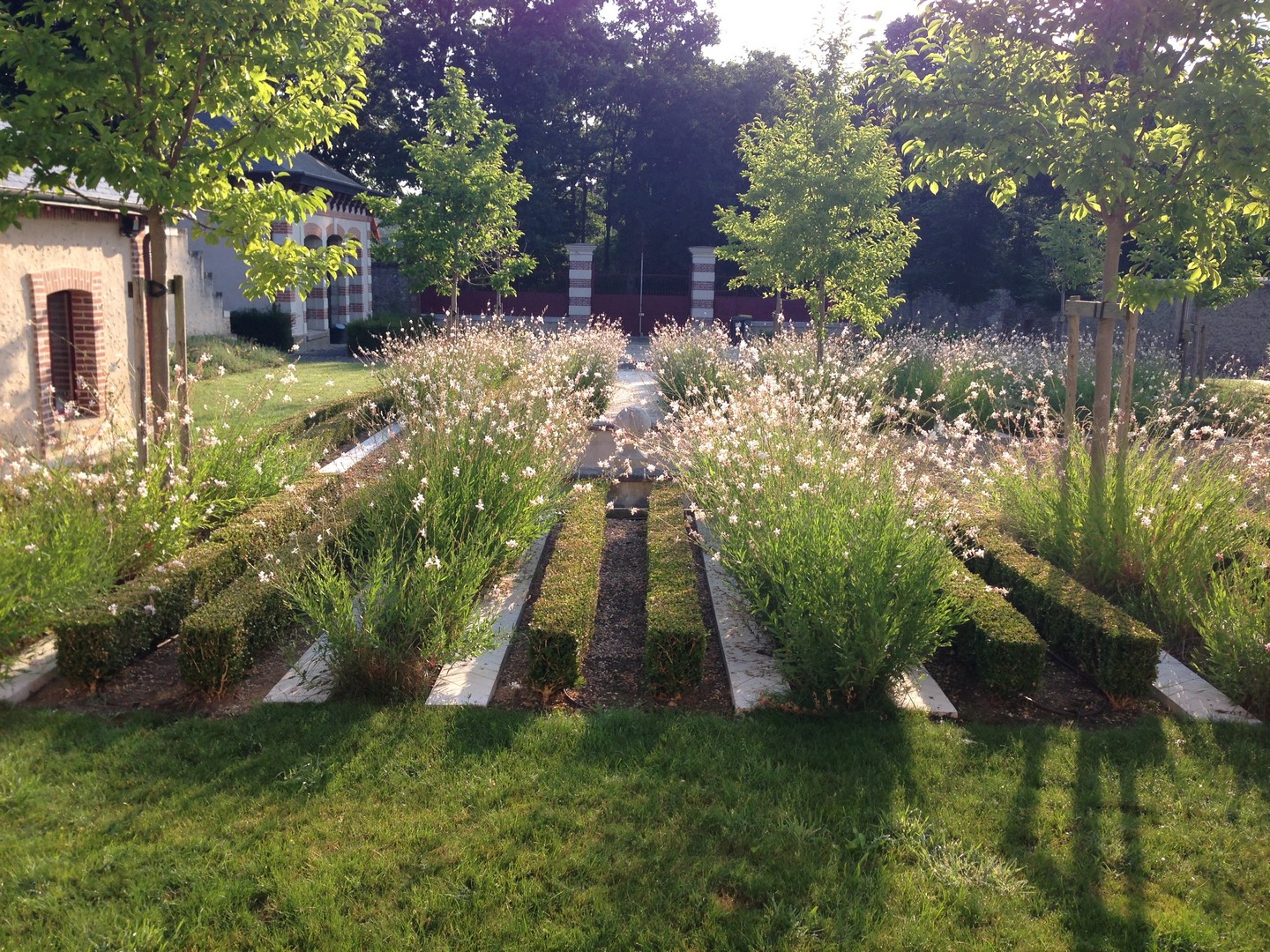 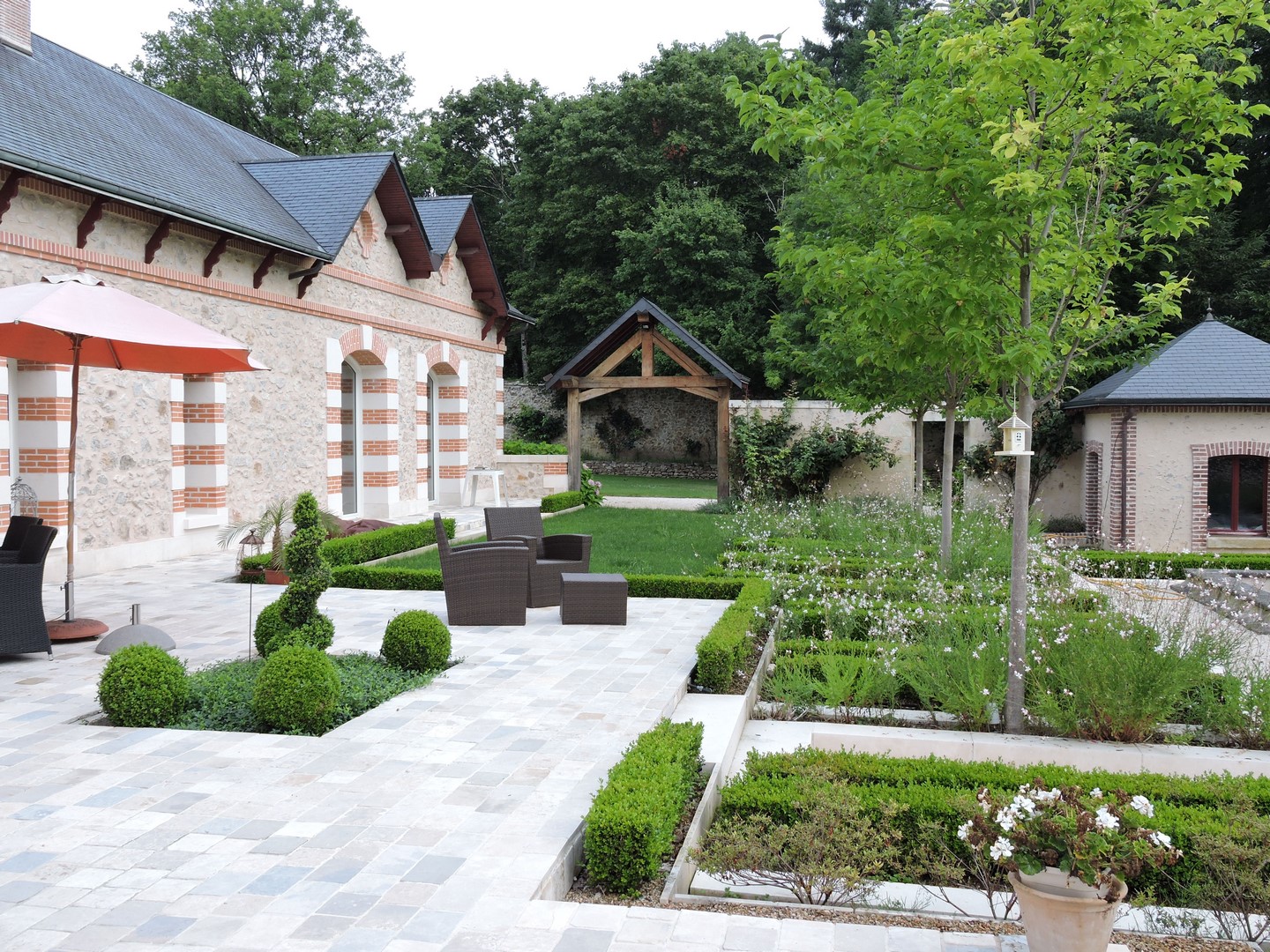 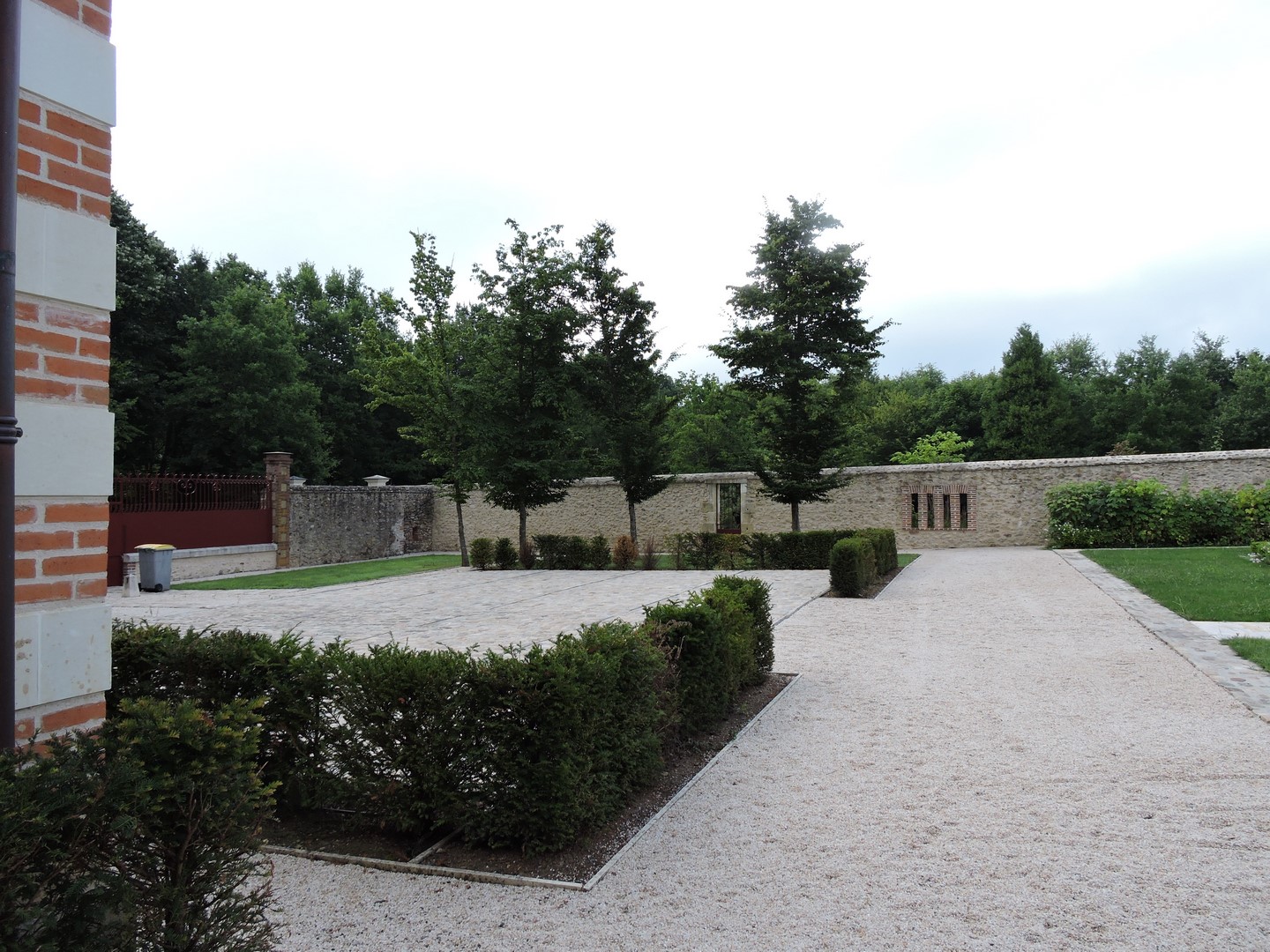 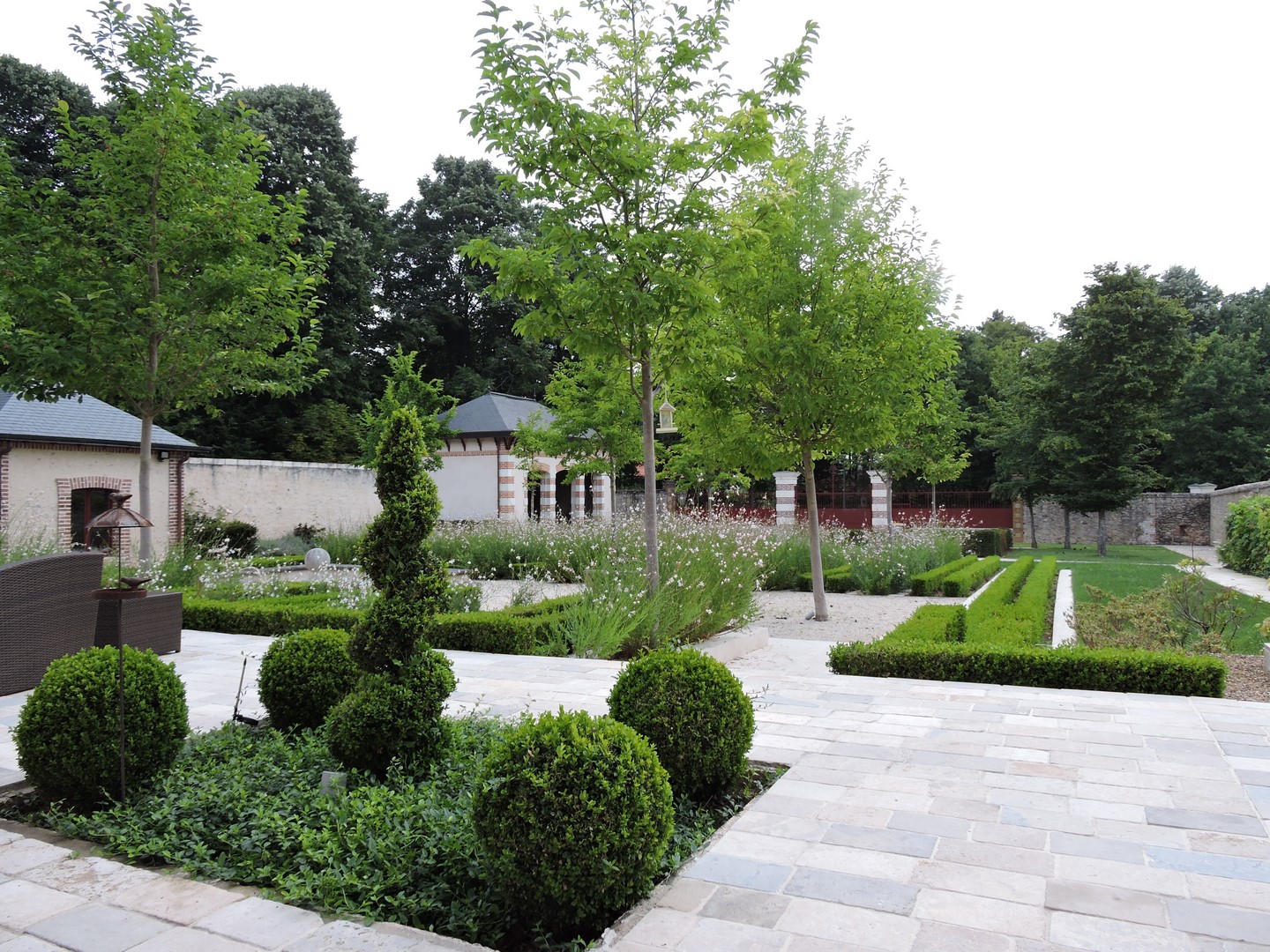 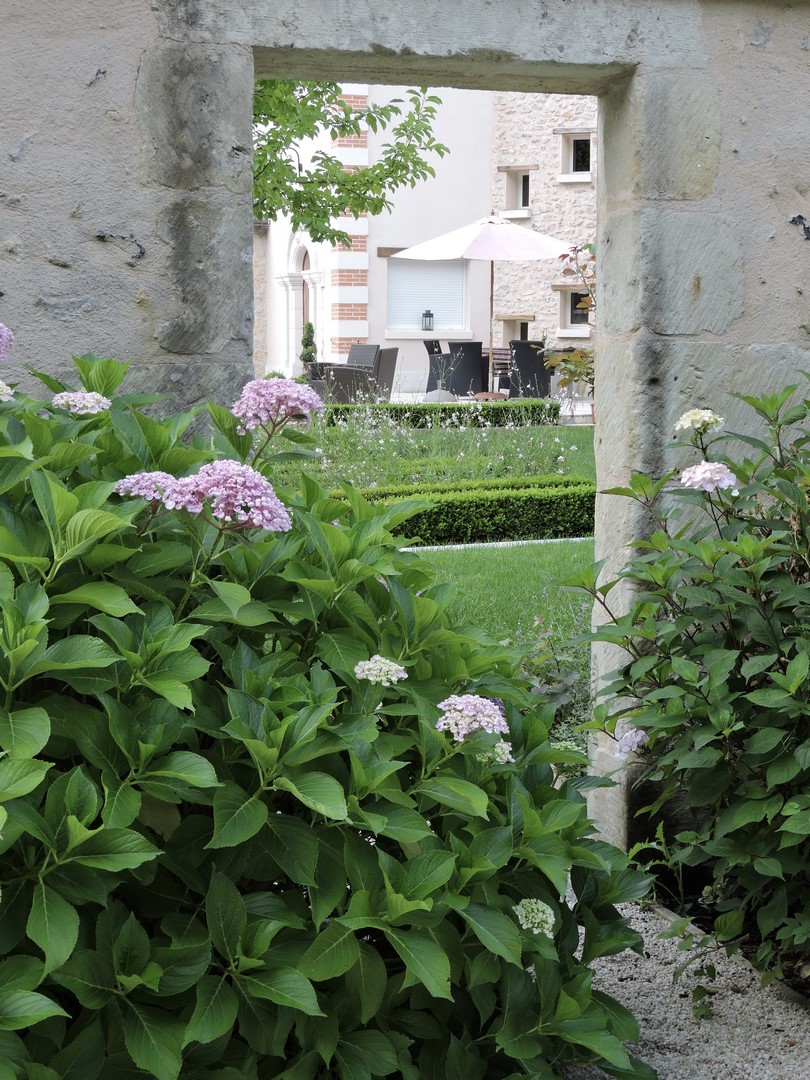 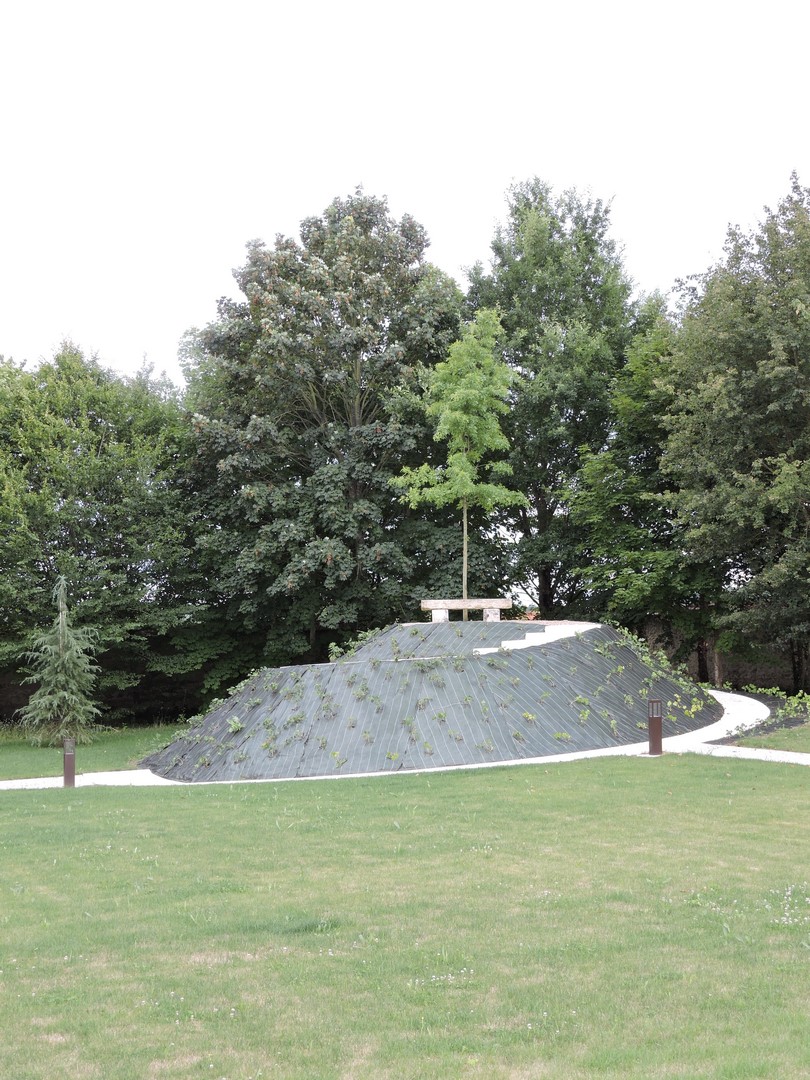 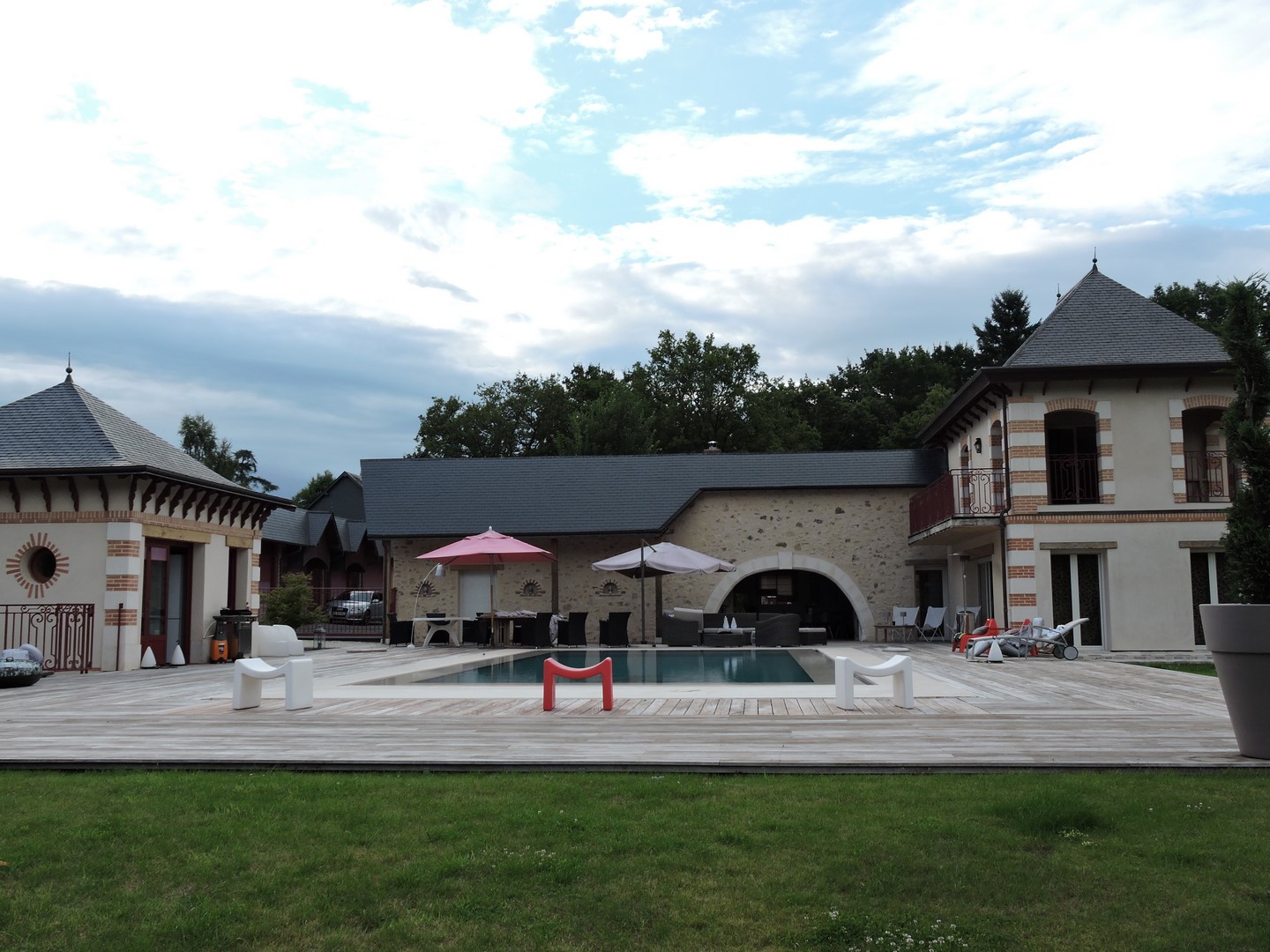 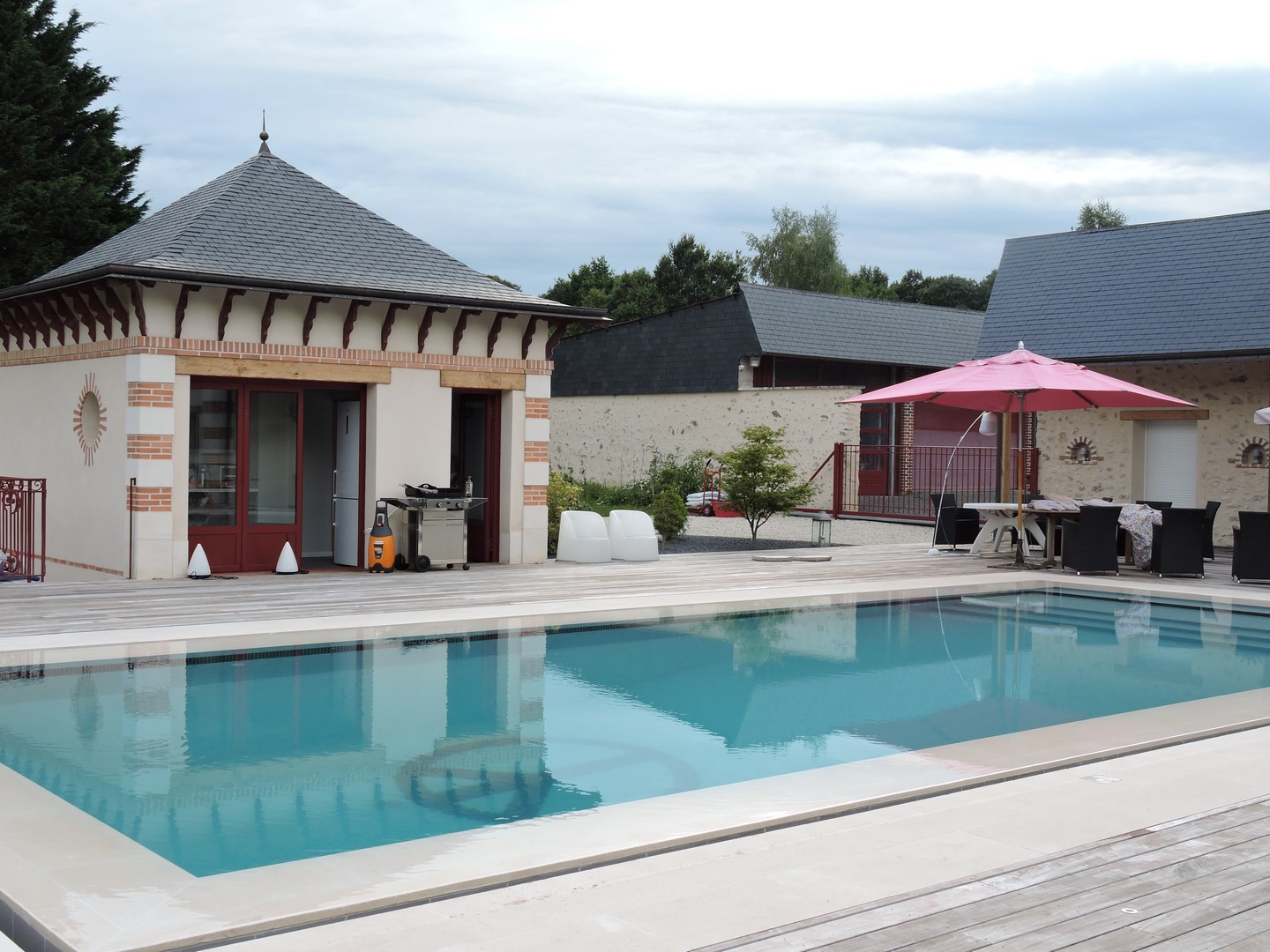 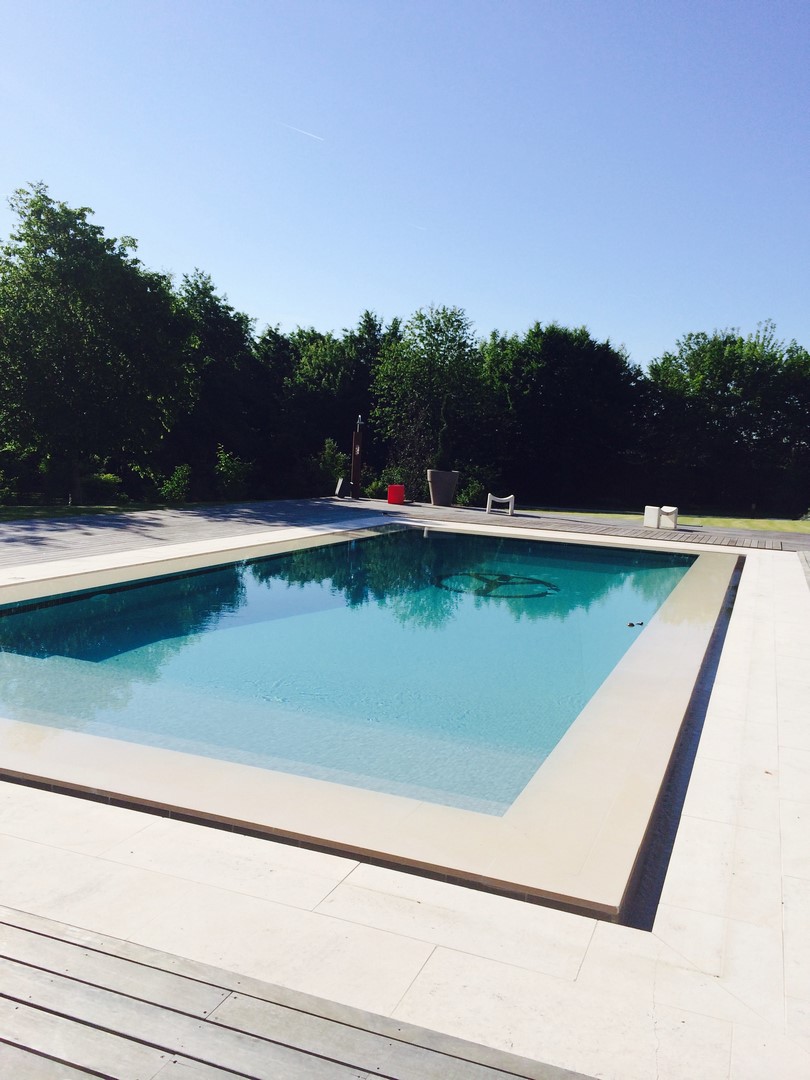 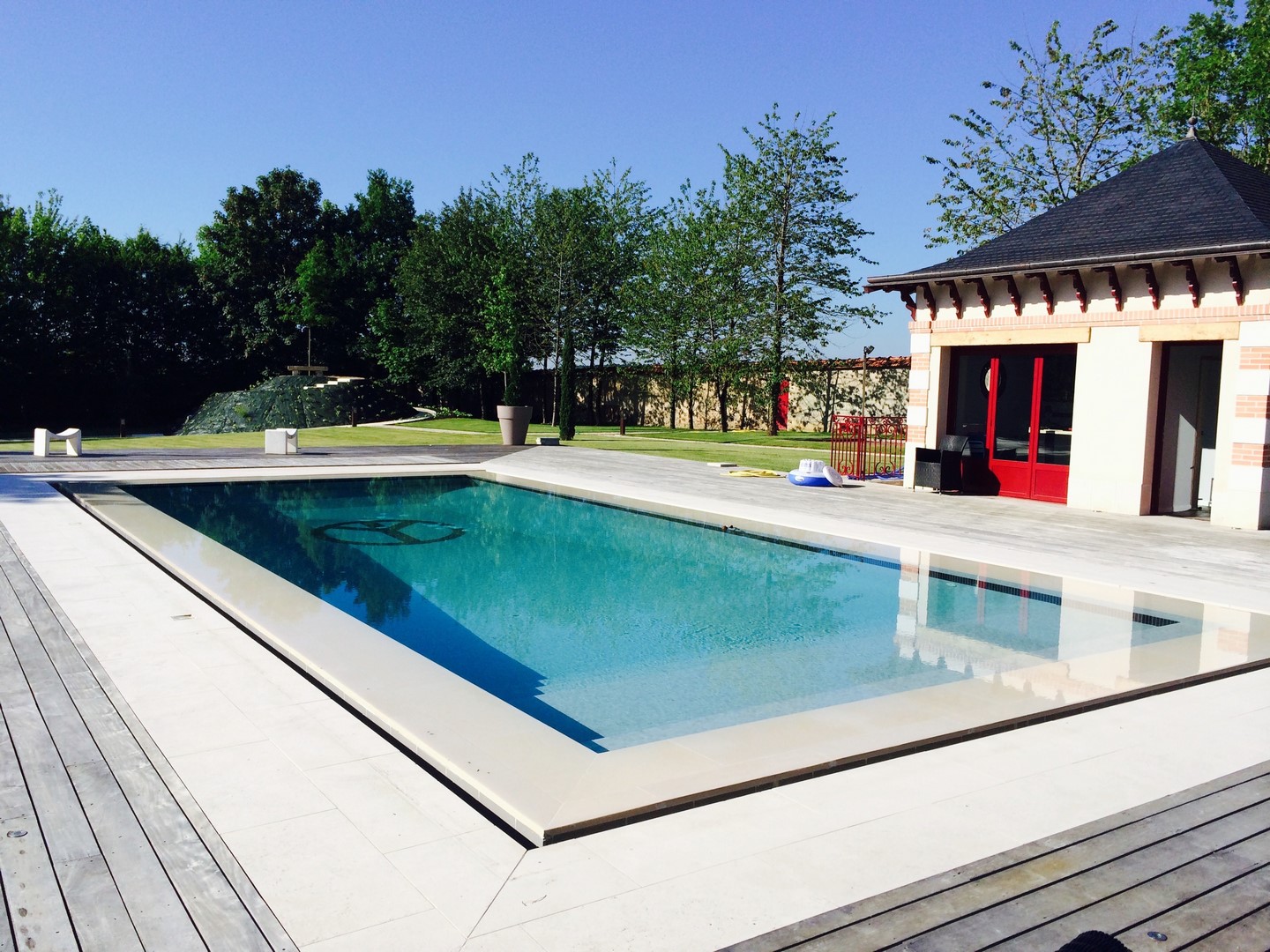 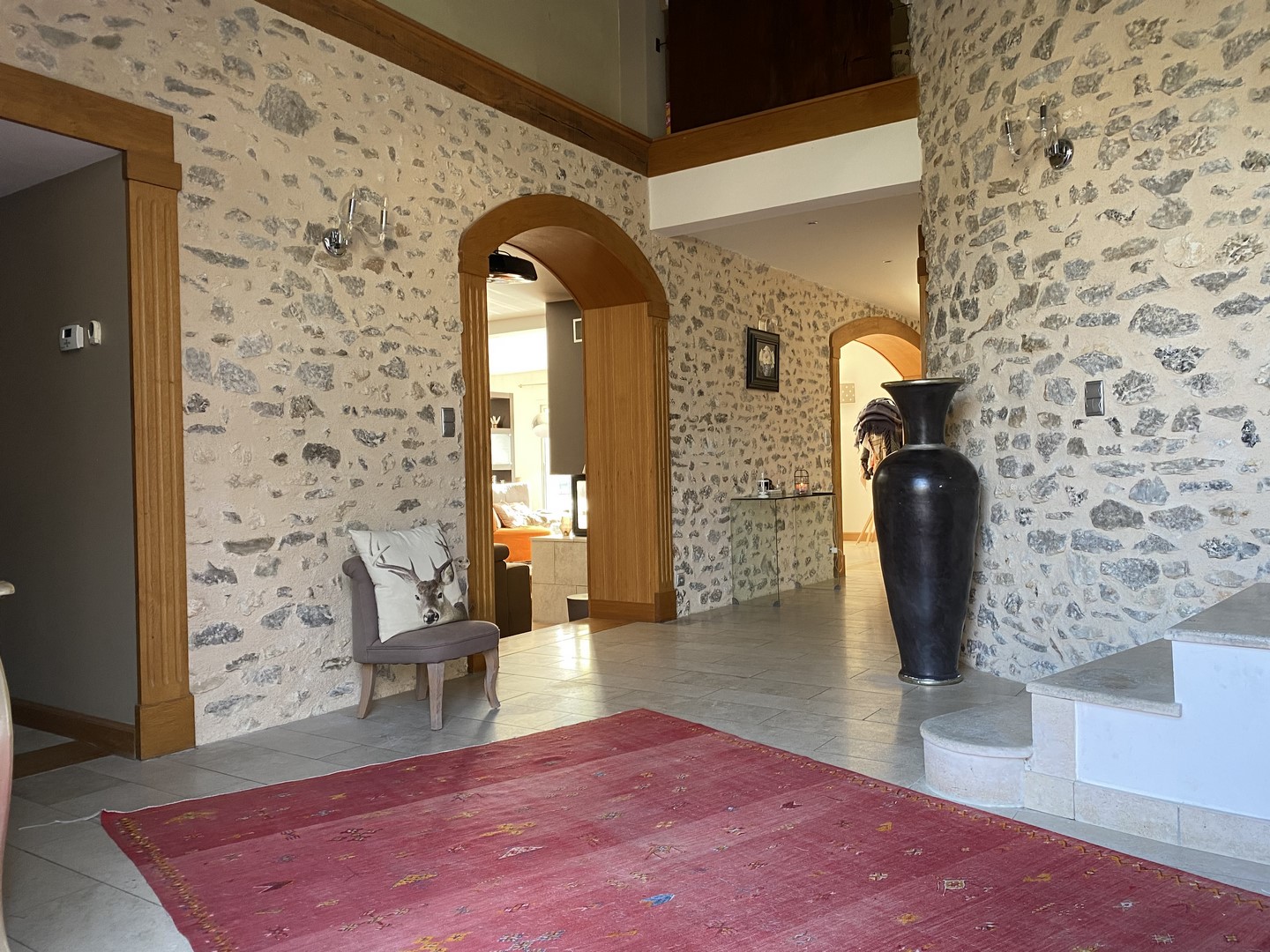 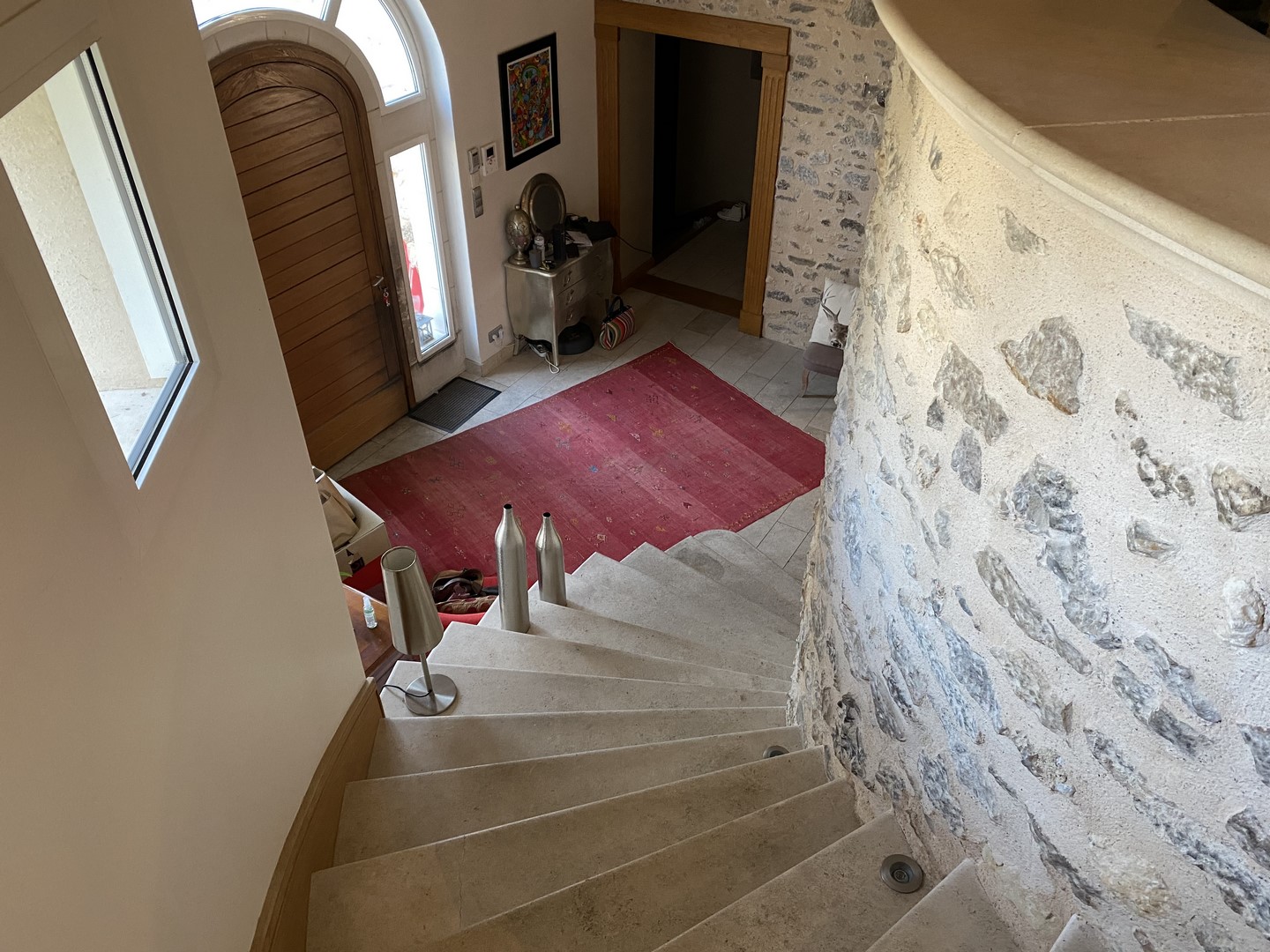 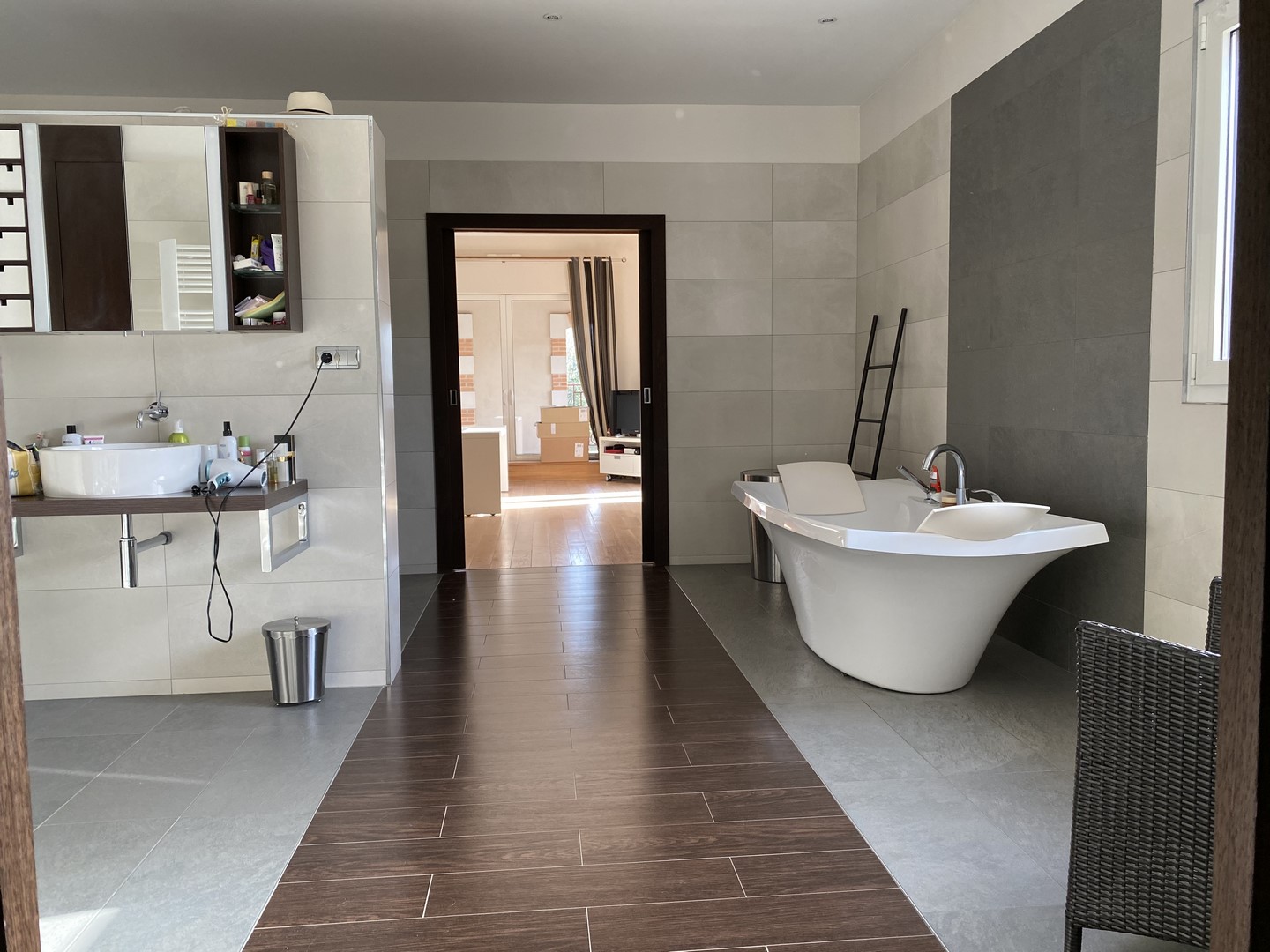 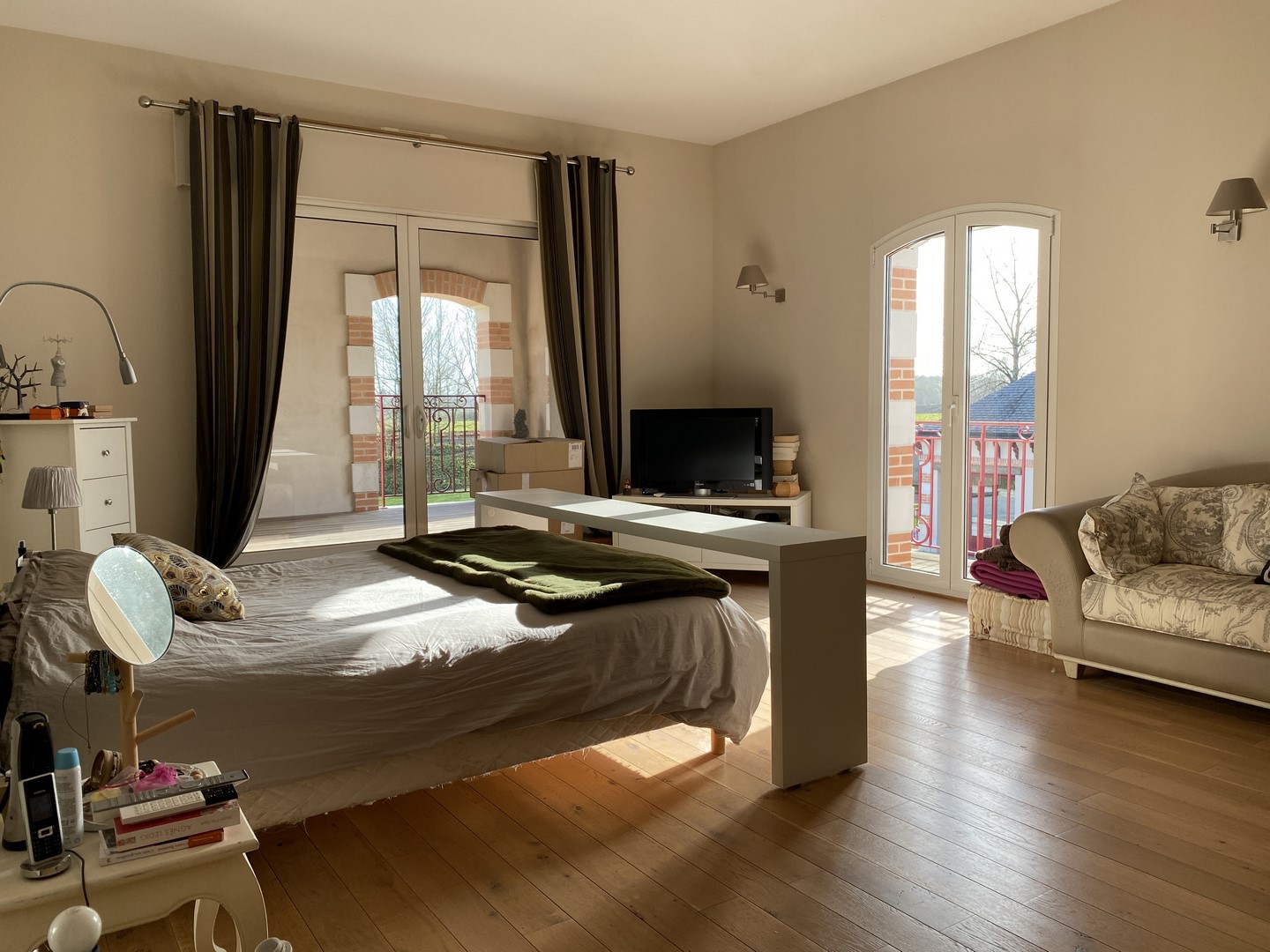 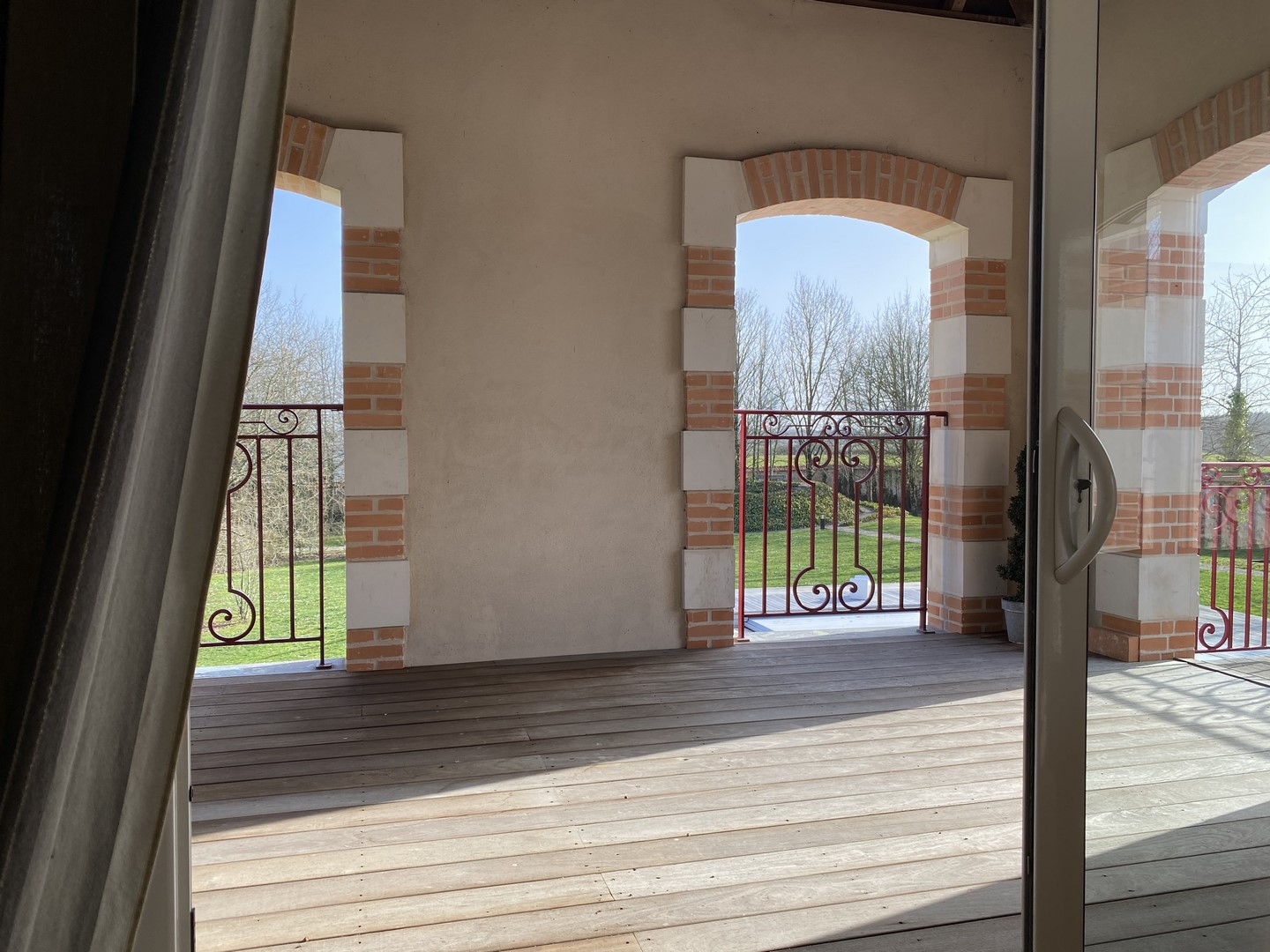 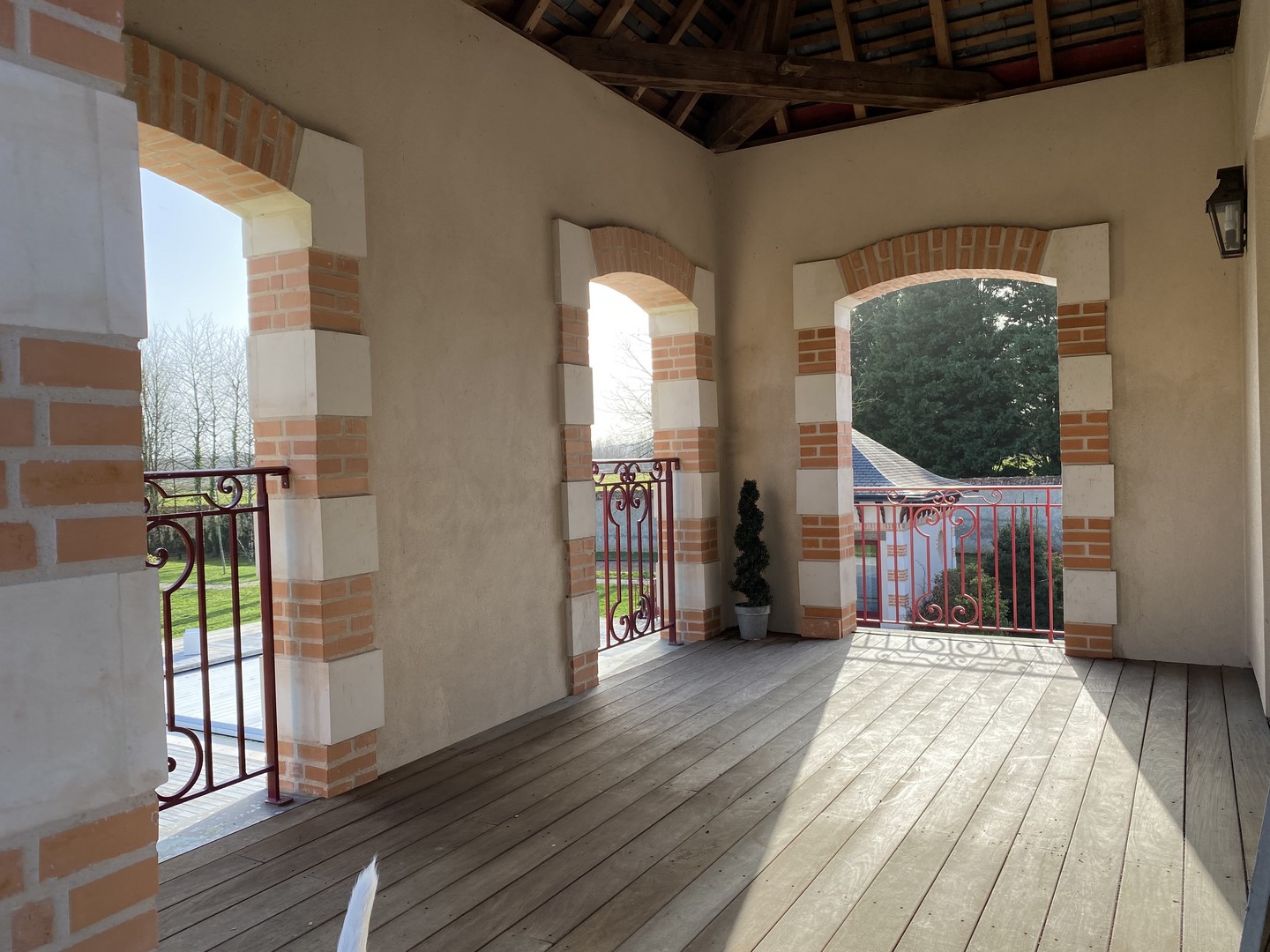 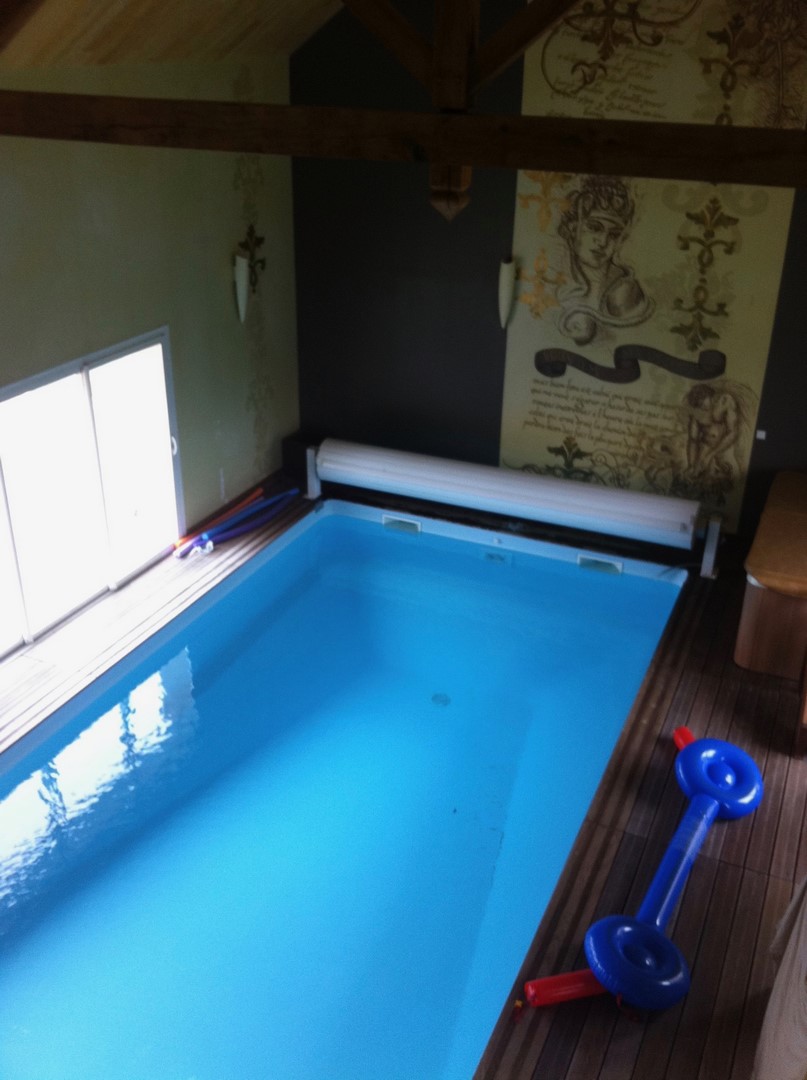 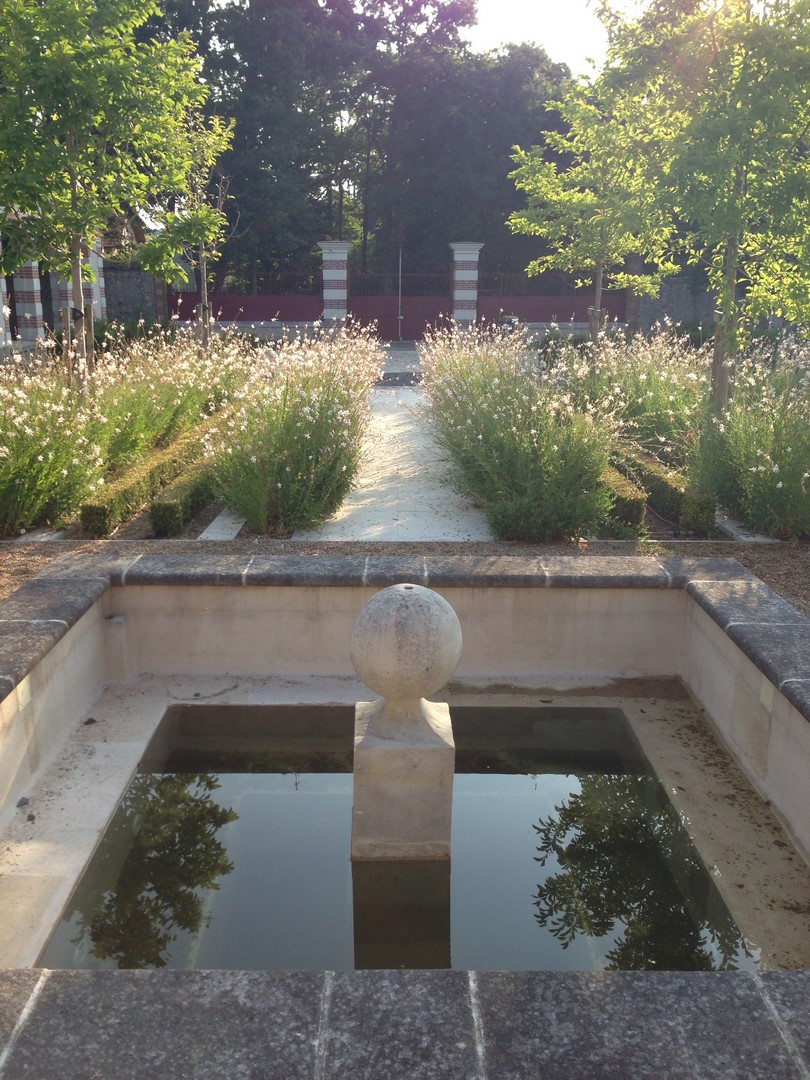 This magnificent property, located 15 minutes north of Tours, in a privileged and sought-after environment, combines old elements dating from the 19th century, such as an orangery and a barn, with a contemporary construction of very high quality respecting the elements of period and forming a very harmonious whole.
The house has a living area of ​​535m². It is built on a plot of 1.7ha, including 1ha fully enclosed by high walls surrounds the property. The remaining 7000m² consist of a wood adjoining the property. It is accessed by three separate entrances, each of which has a magnificent wrought iron gate.
The main entrance reveals a very pretty contemporary French-style garden, with a pond, and in front of which you can park several vehicles.
The house opens its doors to a large cathedral entrance with a beautiful staircase, followed by a large cloakroom and a WC with washbasin. All the floors on the ground floor as well as the staircase are in burgundy stone and all the bedrooms are in solid parquet.
After the entrance you reach a hallway serving a double living room of approximately 100m² fully open to the outside, with a central fireplace and a home cinema, and giving access to a large teak terrace and to a magnificent 15x7m mirror swimming pool. There is then a dining room of approximately 50m², followed by an office and a guest bedroom with shower room and WC.
The ground floor continues with a large kitchen, fully fitted and equipped, an office and a laundry room, then a very large relaxation room with an indoor swimming pool of 7x4m, a Jacuzzi, a gym, a bathroom and a toilet.
This level ends with the children’s sleeping area, composed of a guest bedroom, then two adjoining rooms of approximately 20m², organized around a bathroom and shower with separate WC, and each having a mezzanine of ‘about 15 m². This space ends with a final bedroom with private shower room and separate WC and also having its mezzanine.
All the rooms on the ground floor have access to the outside.
The fully parental first floor consists of a large landing landing, a suite of approximately 80m² with bedroom and bathroom and shower, two large walk-in closets and a separate toilet. The bedroom gives access to a large loggia terrace of 25m² with a view of the English garden and the swimming pool. This parental level also has direct access to the gym and the indoor swimming pool.
The house is equipped throughout with air / water underfloor heating powered by a heat pump.
Outside there is a pool house with a summer kitchen, a shower room and a separate toilet, four garages with electric sectional door, a workshop, a barn and an orangery.
This place is truly magical, in absolute calm and away from any nuisance.